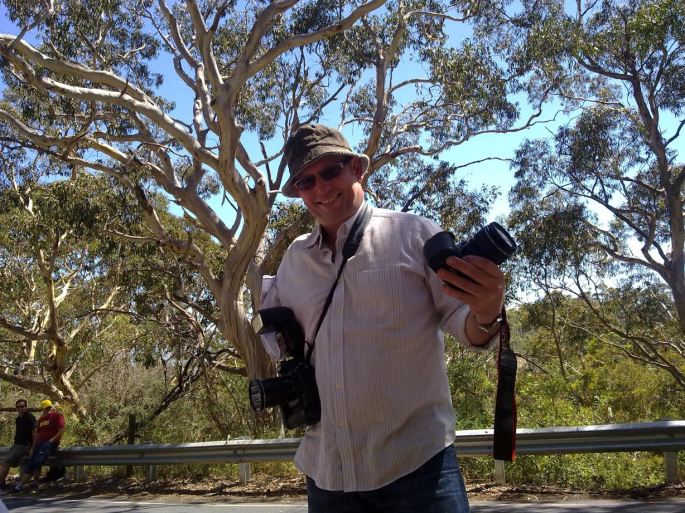 I’ve known Nigel for over 9 year now, having been first introduced to him when i first started riding with the Sunday Muppets, the first group riding i was involved with, and all these years later, till riding with.

I’m in awe of Nigel (don’t tell him i aid that though), but i don’t think I realised how much until i was riding behind him one summers evening on the way to the Crafers Hotel. Screaming down Mt Lofty Summit Road heading towards the Crafers roundabout, you know the hill, heavy, a long gentle right hand curve before heavy on the brakes at the bottom.

It wasn’t that i was out of control, nowhere near it, but watching Nigel brake and manouvre at the bottom made had me thinking about how the hell he does it.  You may not know, but Nigel rides with a prosthetic arm, and his ability to control his bike in fairly extreme situations like this I find extraordinary.  Think about it, think about riding down Greenhill road with one arm on the bars, the you have to steer, brake, be aware of whats happening around you, and balancing. I’m in awe.

I got a chance for a quick ride with Nige the other day, this is his story.

I started watching the Tour de France in the late nineties and loved it and in 2003/4 a mate from work was raving about how good his first weekend ride through the hills was after his recent purchase of a bike. His enthusiasm got me interested.

As I ride with a right arm prosthesis I’ve had a couple of modifications with the break cables both going to the left hand sti lever through a splitter. The rear gears through a bar end shifter . see pics sent via sms. It works beautifully albeit not electric which would be nice to try. 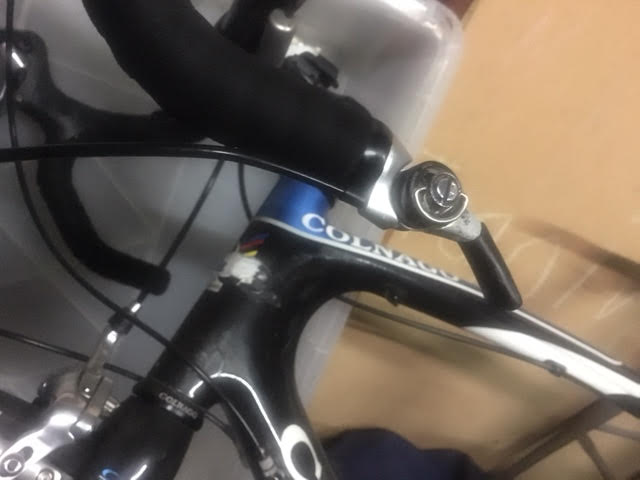 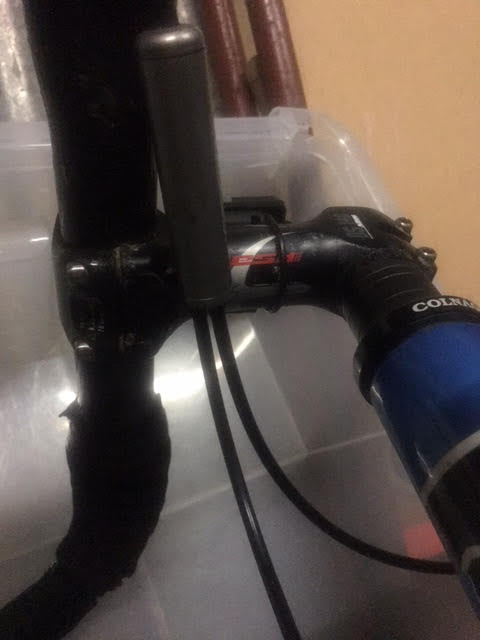 Some of the difficulties of riding with a prosthetic – The arm socket can get a bit uncomfortable on long rides on hot days. People expecting a high five…….,

Crashes: Yes, had a few. Wrecked three helmets and not allowed to wreck anymore . My first crash was a case of getting too much of a buzz from speed and I didn’t see a sign for an extra tight bend, the bike came out from under me and got a tremendous arse burn. The most memorable one would be hitting a kangaroo at reasonably high speed
defending Norton. The roo become a jump ramp and got airborne , needless to say I came off second best.

(I’d like to add one in here as well Nige. Riding behind Nige  (hang on a minute i see a trend here!) as we were coming down Tiers road – the long straight from the top of the hill down to the bridge just before you hit Woodside. The unfortunately was a 1″ step between the road bitumen and te bridge deck, which under normal circumstances is not such  big deal. Rick was the first to hit the bridge, got the wobbles and pivoted to warn Nige. Unfortunately Nige’s wobble was a little more catastophic than Ricks, he lost purchase on the bars and somersaulted over at high speed. Suffice to say he wasn’t a pretty site, and it did take him a while to come too, but fortunately the St Johns crew in Woodside attending the Ride Like Crazy ride were able to attend before the ambulance was able to get there. Scary stuff)

Hang the bike up on a wall. Other in shed on trainer. 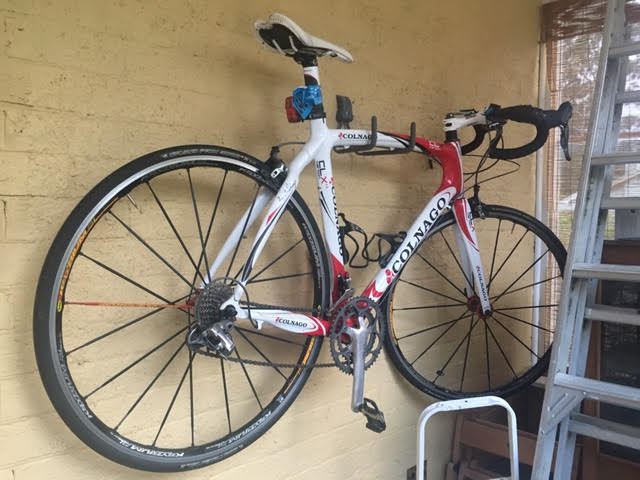 The things I love about cycling are the adrenelin rush that comes from riding in the hills, mostly the only sound in your ears is the wind rush, the never ending views you get on a long ride, the coffee banter afterwards, the great feeling after a good ride.

Punctures, crashes, hitting a wall (so to speak) when you’re a long way from home, drivers and cyclists who don’t share the road.

Eddie Merckx – he’s the greatest, Robbie McKewen – he tells a great yarn, Lance Armstrong – would try and get him drunk and see if he might really spill the beans on what really went on.

(Mentioning Lance – i have to add this little story. When Lance came out to ride in the TdU, Nige was among the throng at Norwood at the start of one of the stages, and was able to get his signature. Being the opportunist he is, he grabbed the first thing he could lay his hands on for Lance to sign, his prosthetic arm. He was proud of Lances signature, although I’m fairly certain he’s long since scrubbed it off)

My favorite local training ride is a 40 km loop from Stirling to Basket Range and back via Deviation Rd. and back over Mt. Lofty.

Thanks Nige. Its always  pleasure to ride with you. Good luck with your training for next years 3 Peaks. 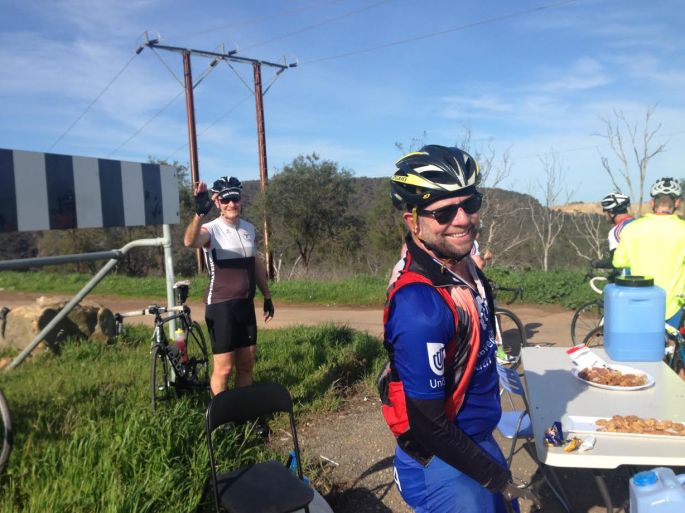