I’ve gone and done it. I’ve signed up to race in the Adelaide Hills Masters Cycling Club Open Day next month.  A step into the unknown, my first race.  I am fairly sure I know where this old geezer will finish, but it should be a hoot.

Who else is up to join me?

Best wishes to the cyclist who was struck by a kangaroo while descending the popular Norton Summit on Sunday.  The group I was writing with came across the police roadblock – our questions of the policeman went along the lines of:  Was it a cyclist, was there a car involved – no – a kangaroo – wtf.

Little details about the crash, but a 52yo man from Seaton was taken to the new Royal Adelaide Hospital in a serious condition at around 8.45am on Sunday morning after being struck by a kangaroo.

The risk of being involved in a crash is an ever present worry for cyclists, but i/we choose to ride because it’s just great fun and also the risk to our health of not riding is greater than the risk of having an accident.  We all know the kangaroos are out there and are as vigilant as we can be, but you have to be unlucky to get struck by one.

On the 11th November 1918 the Armistice was signed between the Allies and Germany, bringing an end to four long years of war.

You may remember quite a few months back a Wednesday Legs article on a Tour de Legacy ride later this year?   Well the Legacy Ride is now on our doorstep, and to celebrate their imminent departure, I got to spend a few minutes with Ritchie Rich (at Pranzo of course – where else)  to discuss the upcoming ride before he and the team depart next Wednesday. 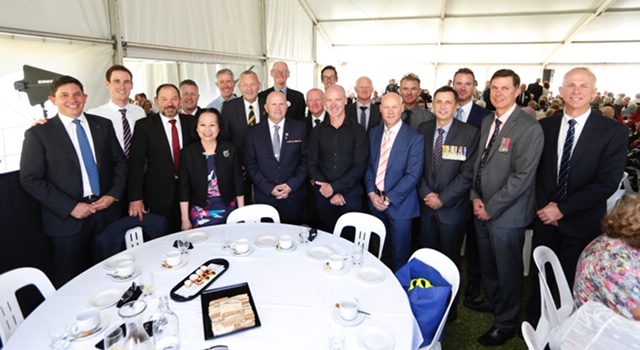 The Tour de Legacy back story.

In 2013  I met a well knows Adelaide cyclist via mutual friends called Eric Rossi.  Eric is one of those guys who is very passionate about everything he does and the kind of guy who makes things happen!

I had heard that he organised a bunch ride years earlier from Adelaide to Melbourne, which sounded awesome!  So, me being typical me, as this is something I have always wanted to do, I kept bugging him with a handful of other mates to organise another one.

Long story short, we gathered a ‘ride committee’ together, invited other mates along and we made it happen.  In the final months of preparations, of the cyclists Mum’s is a Legatee.  She asked if this was a ‘fundraising’ ride, which it wasn’t and suggested we talk to Legacy.  Given we were passing through so many of the ‘soldier settlement’ towns along the route from Melbourne to Adelaide, we all thought it made great sense to ‘do it for Legacy’.  Raising funds as well as awareness for what Legacy do for the families of fallen soldiers.

A lot of us hadn’t really heard about Legacy in terms of what they actually do, so we were all blown away!

We raised approximately $60k plus great awareness and exposure for Legacy!

After the formal ‘thank you’ from the then Governor of SA (Kevin Scarce) and the patron for Legacy at Government House, the riders were all walking down North Terrace to grab a bite to eat as we walked past the War Memorial.  I took one look at Eric, he must have known what I would say because he also lit up!  So the 2018 ride was born!  The Nations War Memorial in Canberra all the way back to Adelaide.  And, we did it!  Stuart O’Grady had recently returned home from his cycling career when I told him of this idea.  Actually, it was probably more Anne Marie.  When I talked about it, she turned to Stuey and said “you should do that!”  (To this day, we both still think the stars must have aligned perfectly!)

So it was in 2017 when I met Marcel Berget, the CEO of Mummu Cycling and a major logistics player for UCI and world sporting events (including Invictus games) that the 2018 idea grew legs!

We always wanted to ride on hallowed ground, i.e. the western front. 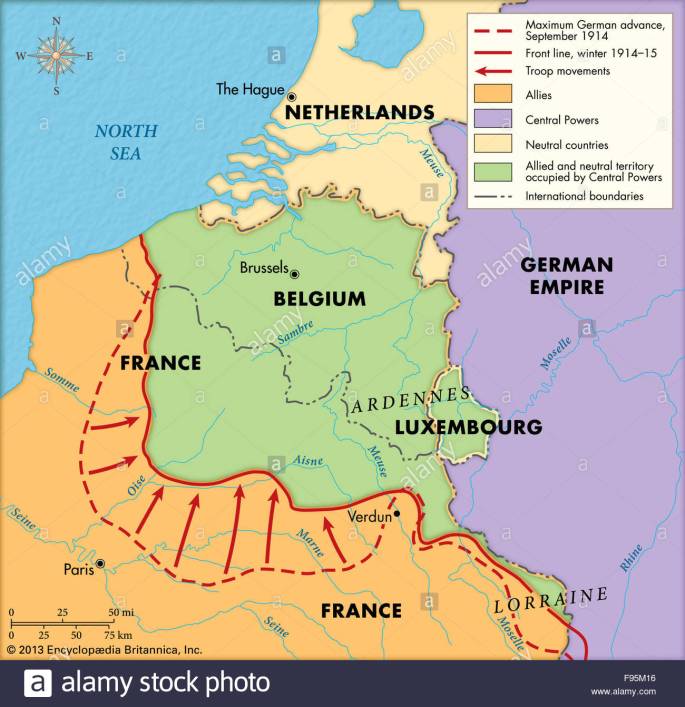 For a bunch of volunteers in Adelaide to organise a ride across three different countries just seemed a bit too far…  But, we aren’t really the type of guys to let that stop us!  Andrew Bahr, Graham Lord, Eric and Ennio Rossi and I have been working almost non-stop with the Legacy officials (including Peter Ali , CEO of Legacy Adelaide and also riding with us) to make this happen!

The significance of course is this is the final year in the centenary of WWI.  The birth of the ANZAC story and the birth of what makes Australia such a unique player on the world stage!

We are filming a documentary that will be aired on commercial TV this time.  This will tell the story of Legacy, given this year is the 90th anniversary for Legacy Adelaide.  Telling the story of an Infantry soldier in the bicycle brigade,  Captain Colin Hayles, and also telling the story of us, the riders along this journey through the Western front.  Along with all the significant battle sites, memorials, cenotaphs and cemeteries of particular significance to the ANZAC involvement in WWI.

And this trailer is awesome!! : https://youtu.be/yuhvdBzg9Es  The historic Tour de Legacy campaign will be captured in the form of a documentary, produced by Australian International Pictures. The documentary will cover the entire tour, featuring footage from Australia, all the special features, functions and events, and will intimately follow the peloton of riders journey along the almost 1000 kilometres, from their official send off at the Australian War Memorial Hyde Park in London, and throughout France and Belgium, culminating in the 2018 Remembrance Day Service at Villers-Bretonneu

On the one hundredth anniversary of the signing of the Armistice, the Australian Government is holding a ceremony at the Australian National Memorial at Villers-Bretonneux at 10.30 am. 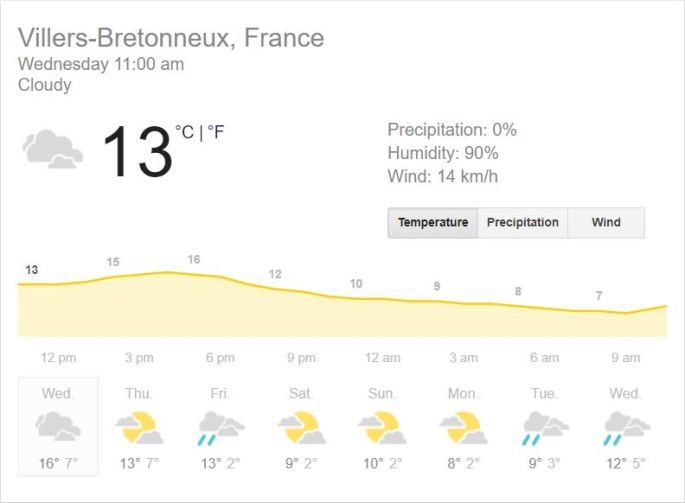 The challenges…  Weather!  It’s the shoulder of winter and we’re in northern Europe!  But, we need to be there then of course, because we are all attending the armistice at Villers Bretonneux.  A hugely significant event!

As for the send-off in London. If you have friends or work colleagues in London and  The Tour de Legacy Formal Reception is an opportunity to come and meet these amazing volunteer riders, and witness moving video presentations, whilst enjoying quality wines, beers and delicious canapés, an evening not to be missed!: CLICK FOR FURTHER INFORMATION

This Saturday we have ABC doing some filming of our bunch ride to assist in raising awareness. 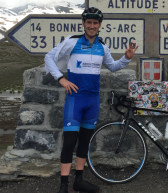 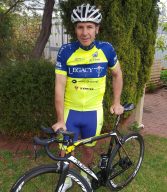 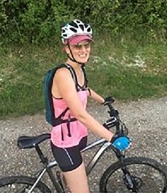 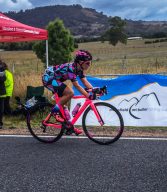 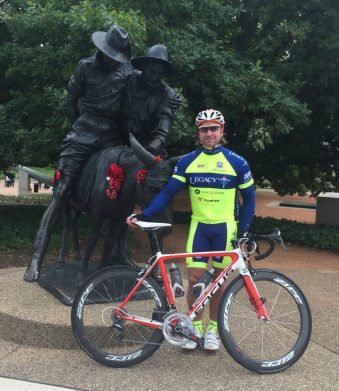 Good luck all, have a great time and looking forward to watching your progress.

Mitchelton Scott – The year that was

The duo, who won Mitchelton-SCOTT’s first Grand Tours this season – Van Vleuten the Giro Rosa and Yates the Vuelta a Espana – along with 16 other WorldTour victories between them, were awarded as the Individual UCI WorldTour Classification Winners at the UCI Gala Dinner in China today.

A season boasting a total of 13 wins and 32 top-ten finishes in 45 race days. The Dutch rider topped the individual ranking, while her fellow-countrywomen Anna van der Breggen and Mariane Vos were on second and third position. 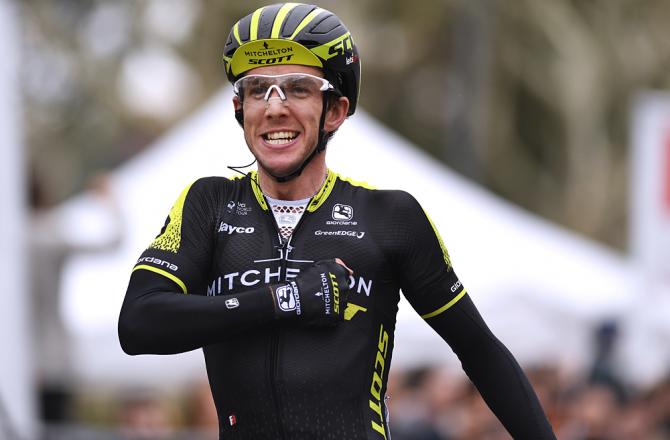 After stage wins and second and fourth overall at Paris-Nice and Volta Ciclista a Catalunya in the lead up, the 26-year-old was primed for the first Grand Tour of the season and an aggressive approach by the Briton and his Mitchelton-SCOTT teammates saw him win three stages during a 13-day stint in the Maglia Rosa jersey.

Yates took a conservative approach for his second Grand Tour of the season, La Vuelta a Espana. He managed to take a stage victory and spend 10 days in the jersey – all on the way to claiming his first Grand Tour general classification victory and the first for an Australian men’s team.

It was the first grand tour win for the rider and for an Australian men’s team.

The American bike industry learned a few weeks ago that many of its Chinese-made products would become subject to a 10 percent tariff, increasing to 25 percent in January.

Interestingly, completed bike lights, in the name of safety, were exempt from the new tariffs whilst while light components are subject to the new tariff.

Popular Light manufacturer Light & Motion manufactures in the U.S. but uses mostly Chinese components. Most of LnM competitors, almost all of whom manufacture overseas, will pay no additional tariffs on their complete lights, while their costs go up.

“Basically the U.S. government is providing a huge boost to our China-based competition, which is virtually every other product on the market. They are telling us very clearly we are not welcome in the U.S.,” Emerson from LnM said.

While the light exemption took Emerson by surprise last Monday, he’s not waiting around to react. He heads to the Philippines to start setting up production there. He said that before the tariff announcement his company had stocked up on parts for U.S. production, which will continue for six or nine months during the transition.

Light & Motion has about 45 employees, including about a dozen in production. The production jobs will likely disappear.

Other companies in the bike industry using a mix of imported and domestic parts and materials have been harmed by the trade war and the impact is felt all the more bitterly when those manufacturers have invested in U.S. production, only to see tariffs give their importing competitors an advantage. U.S. component makers like Paul Components, Wheels Manufacturing and others say the tariffs on steel, aluminum and bearings have put them at a disadvantage compared to their overseas competitors. Many components from China are now subject to the 10 percent tariff, but the competition for the U.S. brands more often comes from Taiwan manufacturers, whose products are not subject to any additional tariffs.

“This was absolutely intentional. If, right before the midterms, the administration had slapped a 10 percent tariff on consumer products that are widely bought, from Walmart and Target to REI and local bike shops, Americans would have realized very quickly what tariffs mean. So the administration copped out and put it on parts. They didn’t have the courage to put it on finished products,” he said.

Emerson has little hope that the trade war will encourage a rebirth in U.S. manufacturing. “If we were serious about that, we would be investing in education and community colleges. I can’t find people. We have to train them internally.

“I find the actions of this administration to be capricious. There’s no planning. The policies seem to be untethered from anything that I can relate to. The reason we are in a trade war is because we have a large trade deficit. But we also have very low unemployment and a booming economy. The deficit is just a number — it’s meaningless. So are we willing to trade our low unemployment and strong economy to change a number? Is that what winning looks like?”

The upgrade to the Hansen Reserve Velodrome is coming along nicely. 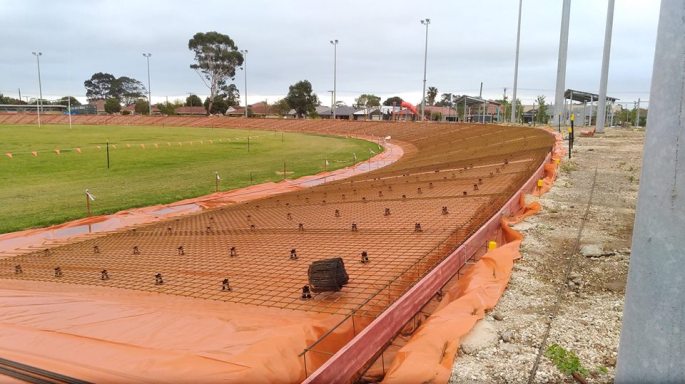 Looking forward to seeing the final product, which will include colours selected by the Port Adelaide Cycling Club.

The last few weeks have seen me up my distances because the weather is better and we’re no longer looking for a new house so no more Saturday afternoon house hunts.

2 weeks ago had me doing a loop from Adelaide up to Murray Bridge, across to Mannum and back down to Adelaide. 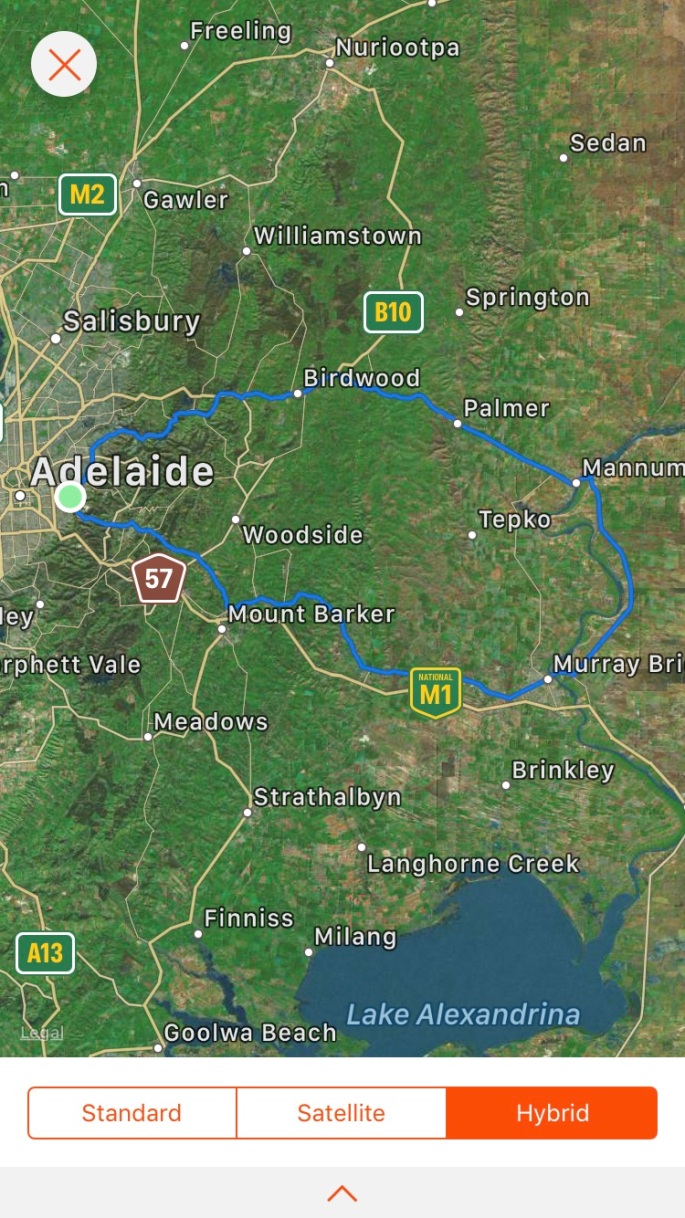 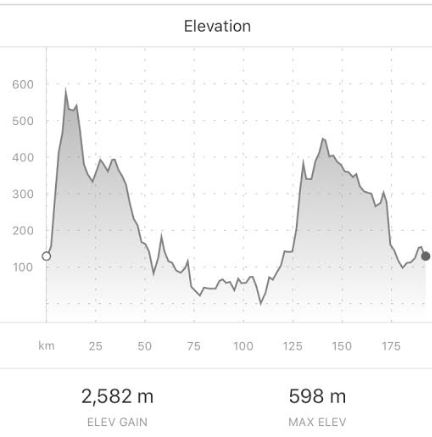 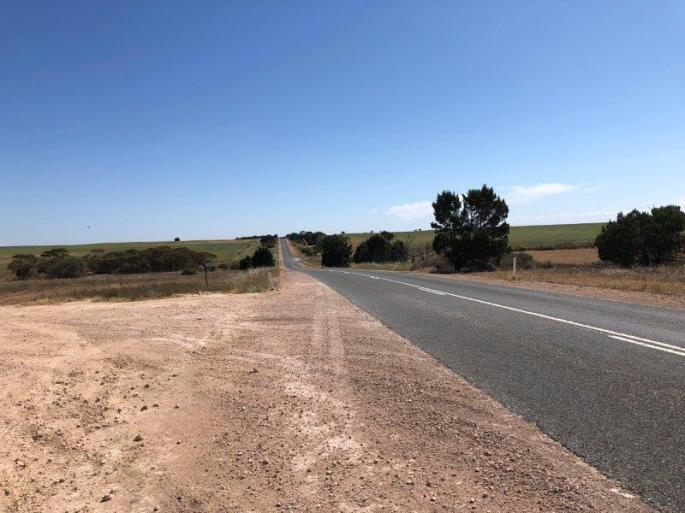 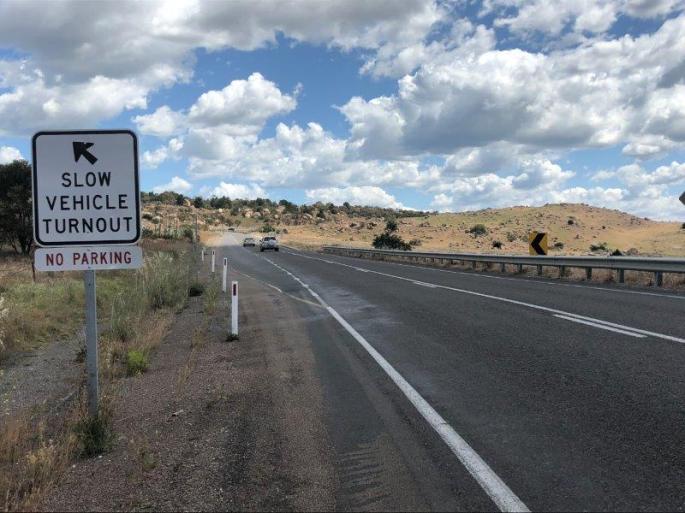 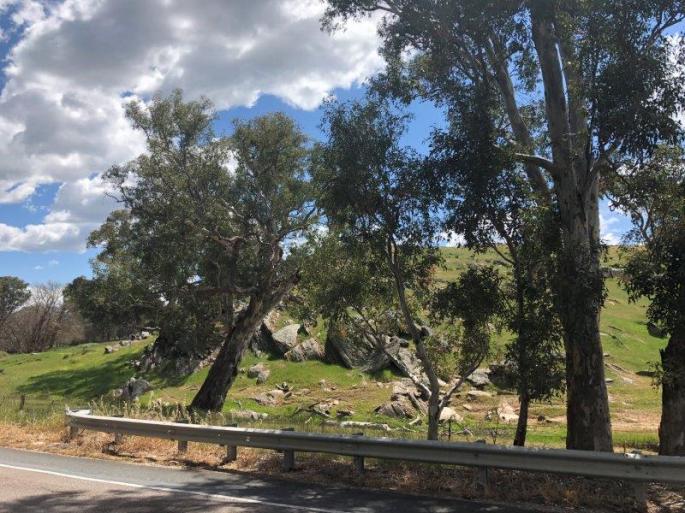 Last weekend was a climbing session of the hills around Uraidla. 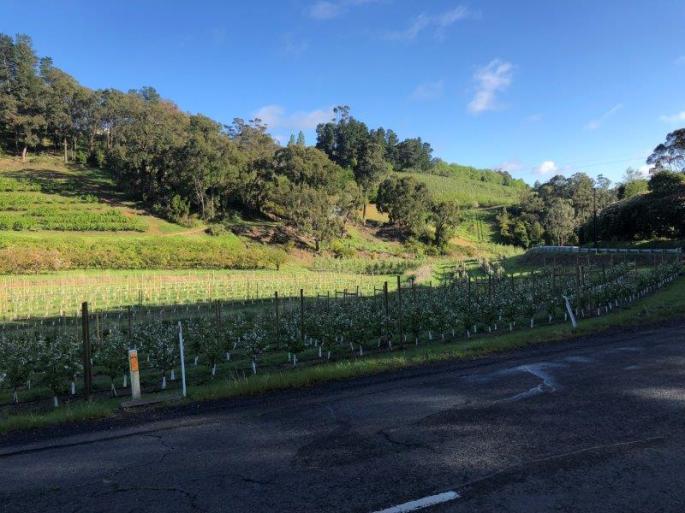 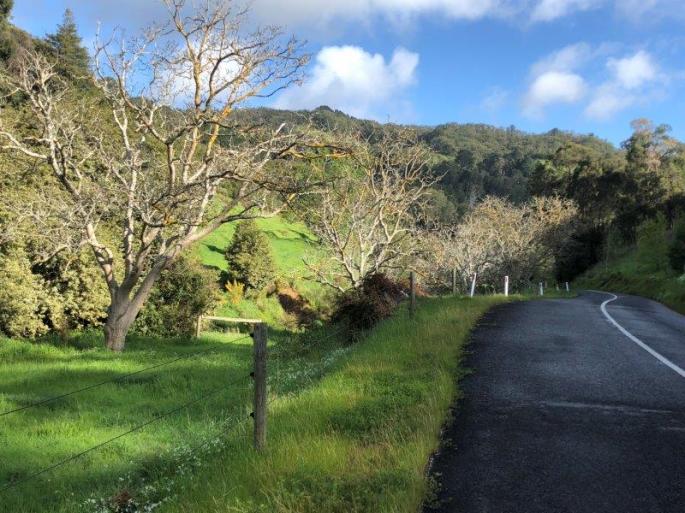 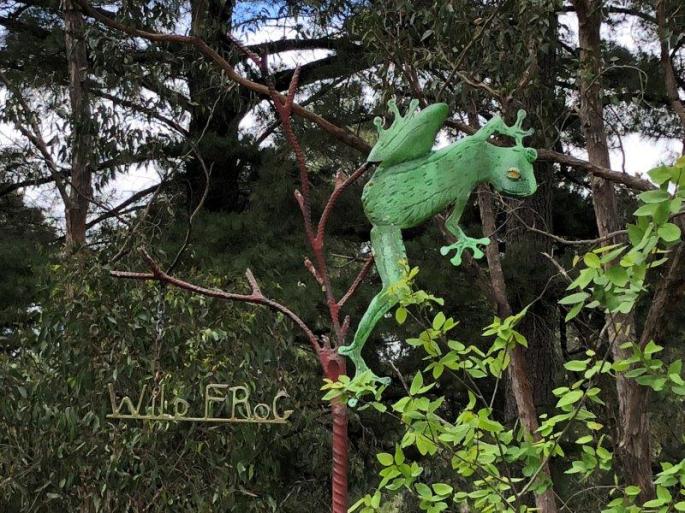